In the Year of Our Lord Two Thousand Twelve

AN ACT prohibiting the state, counties, towns, and cities from implementing programs of, expending money for, receiving funding from, or contracting with the International Council for Local Environmental Initiatives.

Be it Enacted by the Senate and House of Representatives in General Court convened:
1 New Section; Towns and Cities; Prohibition Added. Amend RSA 31 by inserting after section 8-a the following new section: 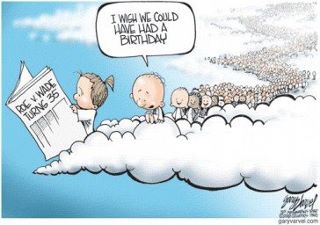 Email ThisBlogThis!Share to TwitterShare to FacebookShare to Pinterest
TAGS: Pro-Life

The American education system continues in a downward spiral ...

_______________________________________
Dear Conservatives,
Do you ever wonder why the American education system continues in a downward spiral?
A lengthy list of quotes below is eye opening and should enlighten and enrage!
I trust that the quotes will not be dismissed out of hand and that you will give serious attention to them!
The quotes are verifiable and researchable.
Feel free to forward  these quotes to those who might  give credence to facts, truth, and the lessons of history!
Warmest regards,
David R. Merck
President, Conservatives Of The Upstate
"… we shall erase from the memory of men all facts of previous centuries which are undesirable to us ... we shall abolish every kind of freedom of instruction... and raise [youth] in principles and theories which we know to be false..." --- The Protocols of the Learned Elders of Zion
“Primary and higher-class education of a lay and Infidel character was to be established getting God out of schools, …” --- Voltaire
"The great object is to get rid of Christianity, and to convert our churches into halls of science. The plan is not to make open attacks upon religion... but to a system of state schools, from which all religion will be excluded... and to which all parents are to be compelled by law to send their children. [The] complete plan is to take the children from their parents at the age of twelve or eighteen months, and to have them raised, fed, clothed, and trained in these schools at the public expense; but at any rate, [they are] to have godless schools for all the children of the country... the plan has been successfully pursued... and the whole action of the country on the subject has taken the direction we sought to give it..." --- Orestes Augustus Brownson (1803-76), co-founder with Robert Dale Owen and Frances Wright of "The Working Men's Party" in New York
"Men of wealth [should] form a synthetic free enterprise system based on cradle-to-grave schooling. The people who advance through schooling will be given licenses to lead profitable lives. All licenses will be tied to forms of schooling. This way, the entire economy can be controlled and people will have a motivation ... to learn what you want them to learn. It also places the minds of all children in the hands of a few social engineers." --- Andrew Carnegie (1835-1919
"Free schooling . . . is not so much a right granted to pupils as a duty imposed upon them for the public good. . . . While most people regard the public schools as the means of great advantage to the pupils, the fact is too often overlooked that they are governmental means of protecting the state from consequences of an ignorant and incompetent citizenship." --- New Hampshire Supreme Court(1902)
"In our dreams, we have limitless resources and the people yield themselves with perfect docility to our molding hands. The present educational conventions fade from our minds, and, unhampered by tradition, we work our own good will upon a grateful and responsive rural folk" --- John D Rockefeller, Sr. (1904)
"It is not so important that the pupil know how the President is elected or that he shall understand the duties of the health officer in his community. The time formerly spent in the effort to understand the process of passing a law under the President's veto is now to be more preferably used in the observation of vocational resources of the community. The committee recommends that social studies in the high school shall include community health, housing, homes, human rights versus property rights, the selfish conservatism of traditions and public utilities." --- Bulletin 41: entitled "Commission on the Reorganization of Secondary Education" published by the NEA (1913)
"The public schools exist primarily for the benefit of the State rather than for the benefit of the individual." --- US Bureau of Education(1914)
"Socialism is precisely the religion that must overwhelm Christianity ... In the new order, Socialism will triumph by first capturing the culture via infiltration of schools, universities, churches and the media by transforming the consciousness of society ..." --- Antonio Gramsci (1915)
“…the real menace of our republic is the invisible government which like a giant octopus sprawls its slimy length over our cities, states, and nation. At the head is a small group of banking houses generally referred to as ‘international bankers.’ This little coterie … run our government for their own selfish ends. It operates under cover of a self-created screen [and] seizes … our executive officers … legislative bodies … schools … courts … newspapers and every agency created for the public protection.” --- John F. Hylan, (1922)
"There is no God and no soul. Hence, there are no needs for props of traditional religion. With dogma and creed excluded, then immutable truth is also dead and buried. There is no room for fixed, natural law or permanent absolutes …. Teaching children to read is a great perversion and a high literacy rate breeds destructive individualism … the child does not go to school to develop individual talents but rather are prepared as "units" in an organic society …. The change in the moral school atmosphere   ...  are not mere accidents, they are the necessities of the larger social evolution." --- John Dewey
More quotes to come ...
No comments:

Calling for his resignation ...

If Attorney General Eric Holder has proven anything during his
tenure it is that he cannot be trusted.

Amidst the every-deepening quagmire that is the "Fast and
Furious" gun walking scandal that has resulted in the deaths
of hundreds of Mexicans, and a U.S. Border Patrol agent,
citizens from across the nation, angry over Holder's lack of
accountability and honesty during the "Fast and Furious"
investigation, are now calling for his resignation.

That public pressure has become so intense, 100 members of
Congress are also calling for his ouster.

On February 2, the House Oversight and Government Reform
Committee has summoned Holder to testify -- to candidly
answer the difficult questions about that botched gun scheme.

Just prior to those hearings, Grassfire Nation is going to
hand-deliver tens of thousands of grassroots petitions to
the White House, key members of Congress and the House
Oversight and Government Reform Committee demanding Holder's
resignation!

The American people deserve better than what we are getting
from Eric Holder. That's why I've just signed Grassfire
Nation's petition calling for Holder's resignation, and I'm
urging you to do the same by clicking below:

Click here to add your name to this petition:

Grassfire Nation officials will hand-deliver all petitions to
the White House, key members of Congress and the House Oversight
and Government Reform Committee just prior to the Holder hearing,
and they need our help to maximize the grassroots response!

Please take action with me by clicking here:

Johnnelle Raines
VP, Conservatives Of The Upstate
No comments:

Dear Conservatives,
Thanks for attending the meeting last night.  COTU was well represented ~ headed by President David Merck.  I counted at least 11 which made us the most represented group.  In combination with Saluda River Roots, I thought we made a formidable group.
We brought up a number of good topics …

• We asked for repeal of the Comprehensive Planning Legislation as voted on by the Republican Party in SC.

• We asked for elimination of the reassessment policy of going back 5 years to calculate "fair market value" of property so a steady stream of money could be provided for paying off the new school buildings; while causing foreclosures on homes in Greenville and Pickens counties.  It might be mentioned here that we are paying for the new schools being built in the 7 school districts, that won the case, that the payments to the dummy corporation were operating expense and not bonded indebtedness. ( This was presented to Governor Sanford and Senator Martin in 2009.)  I'll explain at our next meeting on the 12th at the church.

• Lib Tickle, Mary Allen, Rusty Smith and Junius Smith pleaded the case for the people on Saluda River and I recommend that we never give up.  Keep on keeping on.
Thanks to Mary Beth Green for the info on Tennesee Forever Green.  I used it in my presentation.

God Bless you all,

Junius Smith
Conservatives Of The Upstate