Writing A Defense Of Socialism ...

In response to a letter published in the Pickens Sentinel ...

I viewed with interest the letter published in your paper by Mr. Clarence C. Gibson, Jr. Since I was a boy, I have believed that Mr. was a title of respect, but I guess that liberals who do not know either the national or state constitutions have to resort to name calling in order to try to rebut some of the facts that have been presented.

Yes, the $400,000,000 of schools are nearly built. They are nice looking buildings that the state should have built out of the sales tax as voted on by the people in 1951 and in accordance with Article 11 section 3 of the state constitution. As the most astute of you know, the Conservatives of the Upstate presented that case to Governor Sanford before an earth mover ever moved a rock. He agreed with us and recommended that we present the information to our state Attorney General. But our Senator decided that he would block us by using a Senate rule that regular citizens like us couldn't go to the Attorney General on our own without the Senator's permission even though the Attorney General was our elected representative. We had three issues, but one of them that the payments on the lease/ purchase agreement were operational expense under law 388 and not bonded indebtedness.

Senator Martin sent me a letter saying that he had discussed these issues with the Attorney General himself and that McMaster said "there was no problem". In July of 2009 the State Supreme Court ruled that indeed the Conservatives of the Upstate were right and 7 school districts were awarded their schools by the state. Now us Pickenese have the privilege of paying not only for our $400,000.000 but part of the over a billion for the other school districts. So Clarence, how do the jobs in those other counties look now. As Perot said, " I hear a great sucking sound on our tax dollars" going down to Lexington, etc.

In my letter I talked about the illegal collection of taxes. I discovered this 30 years ago by auditing the county books. The school district owes the taxpayers over 40 million dollars for setting budgets at 95% collectable instead of 100% or more. If you do not pay your taxes in Pickens County, they take your property or you have to pay interest on the lateness. When we reassess, the county cannot set millage above a zero gain due to reassessment. The auditor set too much millage every time I checked except this past time when Brent Suddeth corrected it. More millions are owed to the taxpayers. Where is all this money? Look around you at the foreclosures. Look into the faces of those who have lost their homes, and call them old fogeys.

Are you suggesting that we teach our children how to change our great nation into a dictatorship like the one in Nazi Germany by ignoring the democracy of the people who voted 2 to 1 not to spend $197,000,000, only to be over ruled by a simple vote of a liberal school board. Where are those guys now? This county votes close to 75% Republican and most of those are conservative. If they deem a change in policy, they work and vote on it, not cram it down your throat. That is why we have Ben Trotter and Jimmy Gillespie on the school board: to see that this thing never happens again while they are there.

Remember that Europeans were promised jobs for everyone and so they did while teaching their children not to respect their older parents. Maybe you have taught as many Pickens County people in Industry(nearly 5000) and found out that buildings don't teach,but excellent teachers, and while we have some, it is not nearly enough. Conservatives emphasize excellency in education, hard work, 100% attendance and things like that. I have spent a lot more time volunteering to help the students than you, Clarence, have writing a defense of socialism.

Junius Smith
Conservatives Of The Upstate
No comments:

The State of Florida has repealed its 30-year old growth management law (also called “smart growth,” UN Agenda 21 , “compact development” and “livability”). Under the law, local jurisdictions were required to adopt comprehensive land use plans stipulating where development could and could not occur. These plans were subject to approval by the state Department of Community Affairs, an agency now abolished by the legislation. The State approval process had been similar to that of Oregon. Florida Governor Rick Scott had urged repeal as a part of his program to create 700,000 new jobs in seven years in Florida. Economic research in the Netherlands, the United Kingdom and the United States has associated slower economic growth with growth management programs.

In the comments to this article on the It Makes Sense Blog a commenter, stating he was a conservative and that "this is a very bad idea" posited the following …


This subject always leaves me thinking of the sobering quote by Agent Smith in the movie The Matrix:

“I’d like to share a revelation that I’ve had during my time here. It came to me when I tried to classify your species, and I realised that humans are not actually mammals. Every mammal on this planet instinctively develops a natural equilibrium with the surrounding environment; but you humans do not. Instead you multiply, and multiply, until every resource is consumed. The only way for you to survive is to spread to another area. There is another organism on this planet that follows the same pattern… a virus.”

Every citizen, stakeholder and community leader should ask themselves, with respect to development decisions, are we behaving like “Viruses” or visionaries?

To which I responded …


You do realize that Agent Smith was the bad guy and this comment was hypocritical because he himself was the problem when he saw himself as the solution.

Although the Matrix series ended very poorly this stood out to me.

Agent Smith: “Why Mr. Anderson? Why? Why? Why do you continue?”

Neo: “Because I choose to.”

Of course unbridled reckless consumption of any type is beyond irresponsible; it’s sinful and gluttonous.

But, the agenda behind Agenda 21 is control of the population NOT environmentalist conservation. Wrapping land and resource conservation into the mix is a tool to get support not simply the righteous goal.

Flashing Lights May Get You Flashing Blue Lights 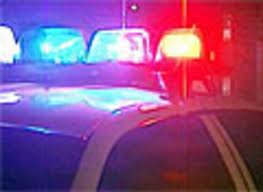 “I couldn’t believe it,” said Campbell as he paced next to Veterans Highway in Tampa, Fla.

“I was in complete disbelief.”

He flashed his headlights to alert oncoming cars after passing that patrolman’s speed trap.

“It’s something I do,” he explained. "I don’t think it should be against the law."

In December 2009, the patrolman was set up on the southbound side of Route 589 near the Tampa International Airport. In a recording of the stop, the officer told Campbell he had seen his lights flashing. “It’s illegal,” he said before giving him a ticket that read “improper flashing of high-beams.”

Campbell eventually got the ticket dismissed, but he recently filed a class-action lawsuit against the state over writing similar citations.

“Because the state was rolling the dice (with me), he said. “They figured most people aren’t going to challenge it, and I think it’s about time someone actually did.”

Email ThisBlogThis!Share to TwitterShare to FacebookShare to Pinterest
TAGS: rights 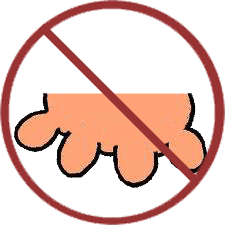 Decision in farm dispute bars families from drinking milk from their own cows.
From WorldNetDaily:


A Wisconsin judge has decided – in a fight over families' access to milk from cows they own – that Americans "do not have a fundamental right to consume the milk from their own cow."

The ruling comes from Circuit Court Judge Patrick J. Fiedler in a court battle involving a number of families who owned their own cows, but boarded them on a single farm.

The judge said the arrangement is a "dairy farm" and, therefore, is subject to the rules and regulations of the state of Wisconsin.

In case you were wondering what bike paths and "government encouragement" of bike usage may lead to, look no further than Paris, France for a prime example.


The French capital city of Paris has officially kicked off its Earth-friendly electric-car-for-hire scheme, rolling out battery "bubble cars" on Sunday and potentially sparking a revolution in transport.

Hot on the wheels of Velib – Paris' self-service bicycle scheme – comes Autolib, which city officials claim is the world's only self-service urban transport scheme of its type.

As with the 20,000 bicycles at hundreds of Velib stations throughout the city, enrolled locals wishing to get from point A to point B can soon drive an electric Bollore Bluecar from a starting location to a drop-off point at one of the soon-to-be thousands of city-wide stations.

A line of zero-emissions Bluecars hit the streets for a two-month trial ahead of Autolib's official launch in December. By 2013, Autolib is expected to have up to 5,000 eco-friendly Bluecars stationed at more than 1,000 locations across the city. The aim of the scheme is to slash noise and air pollution, as well as to reduce traffic congestion by discouraging private ownership of vehicles. Getting behind the wheel of a Bluecar will cost drivers anywhere between four and eight euros ($5.32 to $10.65 U.S. at the current exchange rate) per half hour, on top or a membership fee of 10 euros ($13.32) per day or 144 ($192) euros for a year.

Spend While We Got It Train 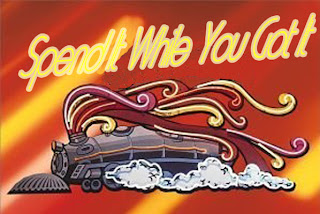 Recently the Pickens County Taxpayer Association sent a letter to the School Board requesting they use the funds received from the sell of school property to reduce the debt. Your hard earned tax dollars were already spent to purchase the schools originally and the only fiscally responsible solution is to use the sale of these properties to pay down the debt on the new schools that have been built. It is my understanding that there are three main reasons why the present school board will ignore Pickens County Taxpayer Association's request. Those three reasons are: Dr. Herbert Cooper, Mrs. Judy Edwards, and Mr. Jim Shelton.

Alex Saitta, Ben Trotter, and Jimmy Gillespie have been fighting to not only support fiscally sound spending but also to save our taxpayer dollars. They have continually shown that fiscal responsibility is a priority. The other three board members are on board the train called... "Spend It While We Got It".

It was even brought up at a recent board meeting to spend the money on pay raises. But thanks to Alex Saitta this was countered. If your school board member is Dr. Hebert Cooper who represents the Clemson area, or Mrs. Judy Edwards representing the Easley area, or Mr. Jim Shelton representing the Dacusville area please call them or e-mail them and tell them you don't want the funds used for anything except paying down our debt. Remind them YOU ARE THEIR BOSS.

Johnnelle Raines
Conservatives Of The Upstate
No comments: