Rail: A Thing Of The Past

John Stossell writes this piece about high speed rail not being economical or environmental ...

Rail: A Thing Of The Past

"[Once again] government regulation blocks progress. Laws in every state right now require a person to be in control of the wheel. Our legal system hurts too: Even if driverless cars have fewer accidents, lawyers will blame the few that do occur on the car maker.

So are politicians pushing reform of our outdated driving laws to help robot cars reduce congestion? Of course not. Obama – who, to his credit, now says we need to cut some parts of government – says high-speed rail is one thing that needs more funding."

Blown Out Of Proportion?

Considering the major derailment in Liberty last summer and this story ... I'm not sure that was such a good idea.

What do you think? 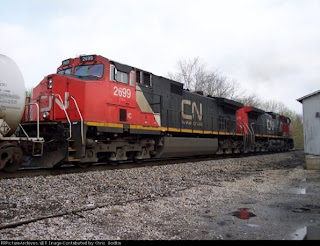 This is Canadian National locomotive number #2699.

Shortly before this picture was taken, while working under load, #2699 experienced what is known in the trade as a "catastrophic un-contained engine failure". The train was passing the town of Independence,  LA at the time.

The picture below shows that the engine exploded and one of the 16 cylinder-packs that forms the engine was ejected through the engine bay body side and thrown clear of the locomotive. 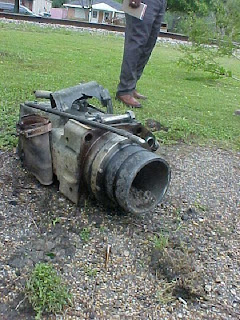 The piston from that cylinder was thrown free by the force of the failure. It was ejected so violently that it traveled through the air and crashed through the roof of a nearby home where it imbedded itself in an interior wall. 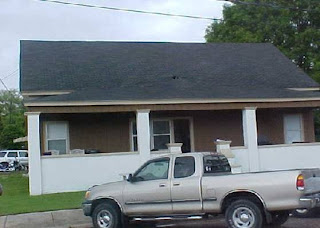 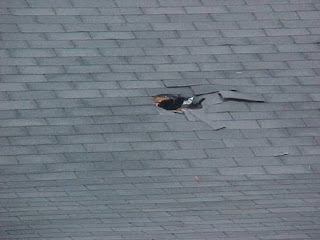 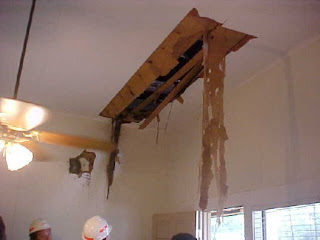 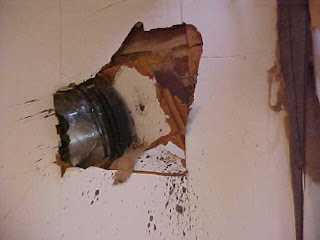 * This story was released sometime around December 2010 when the investigation was completed.
No comments:

The Bible: "Printed By Congress For The Use Of Our Schools" 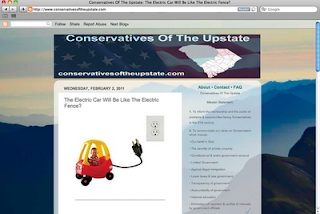 • If you have a suggestion or something you'd like to share, you have my email address or you can leave it as a comment and I will edit and moderate it to the front page after approval.
• If you buy ANYTHING online - consider searching for it first here on conservativesoftheupstate.com - this kicks back around 7% back to me. I don't think I've ever found AMAZON to not have the lowest price on books, music, DVDs, electronics, computers, and even some groceries! It costs you nothing extra to do this other than a brief visit to the website. The AMAZON search box is located on the right of every page!
• If you ever have any questions about the website ... feel free to ask!
I will be placing a lot of the information that was received last night on the site over the course of the next week ... I'll put it in pictoral form to help protect the privacy of the names listed. Thank you for your support! See you at our next get together!
No comments:

The First Muslim State In The USA?

Letter To Pickens County Delegation Regarding "The Comprehensive Plan"

Thank you for the annual meeting held on January 31st. I have long held and informed the Planning Commission that there was no legal requirement to have a Comprehensive plan in Pickens County. I am not against planning. It is a normal function of good management. The county council should, in my opinion, be planning for improvement in many areas and I think that they are. Chappel Hurst, the county Administrator, took a long time to explain these type of taxpayer saving plans and accomplishments at a recent meeting. They were most gratifying to hear.

The Comprehensive Plan is a different story. It is a liberal, socialist, environmental plan derived from the United Nations Agenda 21 and a Presidential Executive Order by Clinton in 1993. Unfortunately, President George Bush Senior signed on to this Progressive plan at the Rio de Janeiro Environmental Conference. Clinton, who runs a global initiative that met in New York recently in which each participant forked over $20,000 just to attend, revealed plans to reduce the world population and carbon emissions. I read each of you a portion of Brad Wyche's letter about "Natural Capitalism" as described by his Upstate Forever group and Ten at the Top group.

"Natural Capitalism" would take the United State into an era of George Orwell's 1984 and Animal Farm. From all this has evolved the local Comprehensive Plans. I doubt that the General Assembly knew the Agenda 21, Sustainability plans of the Progressives when they "formulated" this law , but I will guarantee you that it had its roots in socialism, liberalism and environmentalism.

The Comprehensive Plan law (Title 6, Chapter 29) needs to be repealed. These like laws which have polluted the whole United States are being used to create seizure of private property, environmental police, limit food growth, population control, public housing projects, transportation changes,etc, etc, The bicycle, pedestrian, equestrian trails are the forerunner of the elimination of oil based cars. The ultimate goal is the elimination of the United Sates as a world power. Cap and Trade is part of this plan. To see the whole plan, google in Agenda 21 and www.green-agenda.com. Look up The Nature of Cities and Malaysia. See what George Soros is up to. Google in commentaries by Henry Lamb and Tom DeWeese. I have copy of Brad Wyche's speech on Natural Capitalism if you want that. I have Tom DeWeese's articles on all this. I have the law which says that once the Comprehensive Plan is established that the County Planning Commission must adhere to it. That is why the Conservatives of the Upstate wrote a Comprehensive Plan and put it on our Web Site www.conservatiesoftheupstate.com. It has been viewed by over 30,000 people and is a free enterprise, capitalistic plan. It certainly has more of a "consensus" in Pickens county than the one by the Planning Commission who had a member that wasn't even a resident of Pickens County. She was at every meeting that I attended.

Companies and individuals are already using these laws to benefit themselves. General Electric is stopping the manufacture of our light bulbs so that we can buy bulbs from China that will pollute our landfills with Mercury and hire foreign labor.

We are asking that you attend both meetings so we can discuss with council and concerned citizens, the repeal of the Comprehensive Plan - since Pickens Senator Larry Martin stated at the recent County Delegation meeting that it is NOT a requirement for the county.

Email ThisBlogThis!Share to TwitterShare to FacebookShare to Pinterest
TAGS: announcements 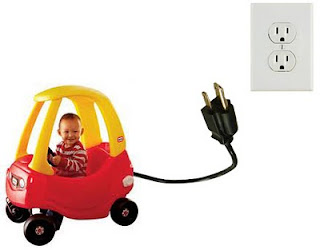 From Sami Grover of treehugger.com:


"What do the Nissan Leaf, the Mini Cooper Mini E and the Think City Car – have in common? Well, probably a lot since they are all pure electric vehicles, but the answer we were looking for was that they all have a 100-mile range (give or take). While this range is less than a third of most conventional cars with a full tank of gasoline, Sami Grover over at Treehugger wonders if this short range isn't a good thing and that an electric car's limited range may "actually be their biggest benefit." How's that now? Okay, let us explain. When Grover says "benefit," he's really talking about the benefit to society and the environment, not so much a benefit to sales or to drivers and what they expect from a $30,000 (give or take) piece of machinery."

What Mr. Grover refers to, is that people won't travel as far because they won't be able to - confining us to "our places" and putting us in "our spots"!
No comments:

Thanks to everyone that attended last night's Pickens County Delegation meeting and supported The Conservatives Of The Upstate's expression of our concerns to legislators about our freedom and liberty.

He specifically called out the terms "may" and "permissive" as being non binding by law and reiterated several times that this terminology was NOT ambiguous.
No comments:

On the home page click on the tab – 2011 Reorganization

On the page that opens you will find dates, times, and locations.

David R. Merck
Conservatives of the Upstate
www.conservativesoftheupstate.com
No comments: