Jeff Duncan is currently the SC House Representative of District 15
Jeff about "being saved".
He referenced the 16th Ammendment.
He vowed, that if elected, he would fight universal healthcare at every opportunity.
He backed up his statements about healthcare saying that he prefiled a bill (H4240) in the South Carolina House on December 15, 2009.
This Bill, drawn up by Duncan states in part:

He mentioned that he was one of the first to sign the REPEAL IT PLEDGE.
Jeff ended the topic with saying,

"This legislation flies in the face of my understanding of the founding philosophy of this country."

On the topic of "Texting While Driving":
Duncan said he voted against the measure because he felt the issue was already effectively taken care of under "reckless driving charges".
He said that it was mentioned in discussion that there were concerns over warrantless searches and seizures of property (cellphones) and that he agreed with this concern.
He followed by stating that he was also against warrantless searches for felons.
He said,

"Think about this, you're a criminal, and under duress, you're offered parole if you sign a warrantless search agreement or alternatively made to stay in jail."

He mentioned that he was one of only four Republicans who voted against the measure. 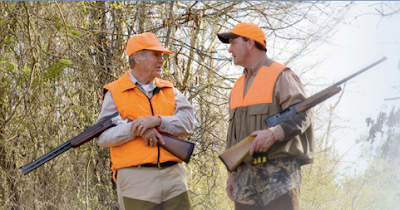 * Picture from JEFFDUNCAN.COM
On the topic of The Semblar Deal - which gives SC State tax money for Bass Pro Shops' parent company Semblar in Jasper County.
He said he voted against giving them $130 million in incentives.
He asked readers to think of it this way,

"Your taking tax dollars from Pickens County, and giving them to Jasper County."

He said the difference in this "incentive" is that it wasn't local incentives, it was state incentives being given - comparing Wal-mart deals to this deal on a macro basis.
He also mentioned that he loves Bass Pro Shops but he also loves White Jones and Grady's Outdoor World. He said we would have to consider the effects such business would have IF we allow Bass Pro an advantage.
On Immigration:
Jeff said it is imperative to secure the border.
He noted that we should repeal the 14th amendment so that there can be no more "anchor babies". This means if you are in this country illegally, you don't get the freedoms of being a naturalized citizen - one of those freedoms is automatic citizenship for your offspring if they are born here.
He remarked that, "when one mentions rounding up illegals you get a strange look like it can't be done." He said it was done after World War II to give GI's a job. It can be done again.
He said we need a common sense guest worker program for skilled laborers and it should be tied to an employer sponsor program.
He mentioned that all foreign persons in the country should be able to be tracked with an ID and should be in a database at all times.
He linked immigration to welfare reform saying that the current entitlement program is flawed. He said with illegals taking up the $7-$10 an hour jobs - what is the incentive for anyone to do anything other than get a government handout that would pay roughly the same?