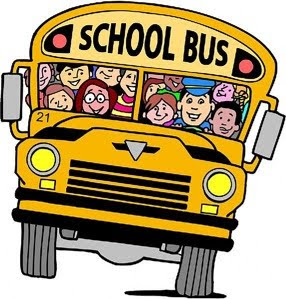 Here we go again. The Pickens School Board is claiming shortfalls. Every time you hear them talk about needing more money they say "the Chudren need it." The truth of the matter is that with the 50 mills of building construction, taxes are at an all time high.

This is not about the children.

As reported by The Anderson Independent:

The state’s 5% cut this year has cost Pickens County schools $1.95 million, but the worst may be yet to come, according to school officials.

Melissa Campbell, executive director of financial services, said in a report to the board that funding levels per student have declined to 1996-1997 levels, and now stand at $1.764 per student. The Pickens County school budget has declined from a peak of $104 million to $93.1 million on Monday, Campbell and Board Chairman Jim Shelton said.

Shelton warned that the district needs to brace for more serious financial problems and that staff members should not be surprised if more jobs are cut in the next fiscal year.

“So no one gets a shock, there will have to be further reduction in manpower,” Shelton said.

The board agreed to a budget amendment to make reductions of $1.95 million, with $1.4 million cut from several programs or services and $500,000 transferred from a special revenue fund into the general fund. Still, the board retains a reserve fund balance of $14.9 million, Campbell said.

Campbell said it is difficult to judge revenues now because of the economy. The district is behind this fiscal year a total of $500,000 in real estate and vehicle taxes, but that was made up by being $800,000 ahead in delinquent tax collections, she said. Board member Alex Saitta said the delinquent tax collection was a sign of the economy, with foreclosures being purchased and the taxes paid off.

Also, the board agreed to two new calendars.

When students return to the School District of Pickens County for the 2011-2012 year, they will start later than usual, Sept. 6.

The reason: The district will be opening five new schools as part of its ambitious building program. The late start will give everyone time to move into the new schools, said Julie Thompson, a Pickens County school spokeswoman.

The school board, meeting Monday night, approved the later opening date. The start date for 2010-2011 will be closer to the district’s normal opening, Aug. 17.

School board members also agreed to use an online program for courses that allows students who need to catch up on credits, homebound students and other special cases to get the credits they need. The program is operated by a vendor, APEX, which will offer nearly 30 courses.

The board will meet Feb. 11 to begin discussing its budget for the next fiscal year. At that time, Campbell said, she will be presenting information on recommended budget reductions, if necessary.