Email ThisBlogThis!Share to TwitterShare to FacebookShare to Pinterest
TAGS: Reminders 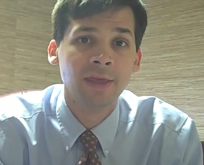 During the October Conservatives Of The Upstate meeting we held a "Town Hall Style Meeting" with Shane Massey. He spoke for close to an hour and a half.

Here's some information about Shane Massey:

• He is currently the SC State Senator representing Aiken, Edgefield, McCormick, and Saluda Counties. He was the first Republican to win his district Senate seat.

• He is running for (Federal) Congressional House of Representatives Seat / 3rd Congressional District (which is this area) He identifies himself as Republican.

• He ran for the State Senate on a promise to “shake up Columbia." He helped lead the fight for “on the record” voting rules change, and sponsored and passed earmark reform legislation in the Senate.

• He has campaigned for a plan to open Carolina coastal waters to an environmentally safe method for offshore exploration and acquisition of natural gas.

• He is a graduate of Clemson University and the University of South Carolina School of Law.

• He is an active member of Providence Baptist Church stating that he has taught several Sunday School classes and currently serve as Chairman of Deacons.

• Shane says, "I fundamentally believe that Washington is broken. Congressional liberals, with plans for outrageous spending and government control of private business, are pushing our nation toward a form of European socialism."

One question asked of him ...

"Pickens County received a significant chunk of stimulus money for Medicaid ...part of this money was used to expand the medicaid offices in Pickens. When the state doesn't receive this money next year AND the stimulus money has to be paid back ... what will our state do?" The audience member continued ... "I can give you a partial solution. My wife works in social services. A significant portion of those that apply in her office are illegal immigrants with children born in this country. The children receive benefits. There is also a significant state investment in Spanish/English translators called "Habla". If this problem were rectified along with commerce amongst illegals taxed and licensed properly ... our state (and nation) could save a HUGE amount of money."

Shane Massey: "It's also a national security issue. I agree with your issue." He elaborated on illegal immigration and stimulus funds.

We encourage everyone to take a look at Shane's website:

This article serves as proof Sen. Larry Martin is planning to change laws that will favor the schools and hurt property owners.

South Carolina's property tax revisions of 2006 were set up to benefit homeowners and those who own the same property for many years, but those same changes resulted in big tax increases for anyone who bought property starting in 2007.

"I recognize the conundrum we've gotten ourselves into with local governments,"
said Sen. Larry Martin, R-Pickens.

[His] proposal is the basis for pending Senate legislation.

"My counsel back to them is that this is not an attack on their revenue stream but an attempt to keep South Carolina poised for growth."

The changes eliminated most school taxes on owner-occupied homes, raised the statewide sales tax by 20% in an attempt to make up for that lost revenue, and capped increases in the taxable value of any property that hadn't been sold or substantially improved to 15% every five years.

"A lot of property in South Carolina is bought as an investment, not as a home," Martin said.

"I heard the loudest complaints about point-of-sale out of the Charleston area in the spring of 2007, shortly after the law became effective."

In South Carolina, all properties are reassessed about every five years, as they were before the laws changed, but now a property's taxable value can only rise by 15% during a general reassessment. A 15% increase over five years is historically a modest rise, around the average rate of inflation, so the county-wide reassessments now have a limited impact on tax bills.

There already have been several versions of the proposed changes, which began earlier this year when the House passed bill 3272. The latest version of the bill was approved by the Senate Finance Committee, and would put a 15% cap on point-of-sale reassessments.

The Senate is expected to take up the potential property tax law changes in January. 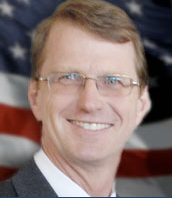 Tonight, we attended a
BBQ & RALLY for Richard Cash.

He spoke for thirty minutes after a catered barbeque, slaw and beans meal.

Here is some of the information Cash gave at the rally:

• Unlike the other candidates that he'll run against in the June 8th Republican Primary ... he isn't a lawyer and hasn't held an office. He is a very successful businessman and a father of 8 children.

• He is running for (Federal) Congressional House of Representatives Seat / 3rd Congressional District. He identifies himself as Republican.

• The main focus of his campaign is a return to God and Family.

• He has led many pro-life campaigns in the upstate.

• He is a graduate of Furman University. He also attended Gordon-Conwell Theological Seminary in Massachusetts.

• He and his wife are active members of Christ Church Evangelical Presbyterian Church in Anderson SC.

"I am absolutely committed to this country because of my 8 children, potential 30 grandchildren and my great grandchildren."

• He is for term limits and he promises himself not to serve more than 10 years.

• He had this anecdote:

• Richard compared America to a ship off course, currently in cold waters, ready to hit a large iceberg.

He also took what he called "The Bottled Water Pledge" as he held up a bottle of water. He said,

" I pledge to drink only bottled water while in Washington because there seems to be something in the water up there."

Conseratives Of The Upstate: November Newsletter

During the past six months, Conservatives of the Upstate has communicated some very important information to the people.

* We pointed out that the people have lost their right to vote on the new school construction as required by the constitution of this state. We noted that Senator Larry Martin has refused to help us with an appointment to present our legal case to the State Attorney General; who at this point denies having spoken with Senator Martin about this issue.

* The Chairman of the School Board of Pickens County has admitted that they have been overcollecting taxes each year by underestimating the worth of a mil and the collection rate of the taxes at 95% rather than 100% - which they have been doing for the past 20 years. This has allowed the county and the school board to over collect $60 million, put the money in a contingency fund, and spend it on whatever they wanted. Even this spending procedure is illegal because the county and the school board cannot legally spend money collected for general expense on bond retirement or vice versa on bond money for general expense. Its even worse when they try to tell the teachers that there was not any money for needed supplies. So when these politicians tell you they have not raised your taxes, it just means they found another way to skin the public.

* Senator Martin is moving ahead quickly to change the laws that have been violated, and intends to do so at the next session of the General Assembly. Rumors have it that he intends to raise your taxes with some more of his statutory laws with help from his cronies like Senator Thomas of Greenville, and Senator Alexander of Oconee County. They intend to fire the Governor of this state because he made a mistake, shift more tax burden to the home owner, and change laws so the counties can rip you more. Senator Martin voted against the Governor over 275 times, On his watch, the state retirement plan is underfunded by over $20 billion dollars, while 17 counties spent billions on school construction. State spending increased 40% over three years while in the midst of over 11% unemployment.

* The performance of the schools has not been good because the system is broken. We did not need to mortgage every piece of taxable property in the state. We need vouchers. Our legislative delegation got the state performance test changed in Columbia so there will not be anything to compare performance year over year. If one looks at the state spending in proportion to the federal government, the state has done worse, but neither have done justice to the American people.

* Utiliity companies feel like they can come on your property, put in roads, lines, and poles in an unruly manner, and not be responsible for getting the property owners permissiion. We have had property owners threatened with emminent domain and other legal untruths, and they are forced to take legal action at great expense to protect their property. Our group appeared before the County Council, and pleaded with them that the DSO ordinance that they passed was illegal and unwanted. They have tried to sieze road frontage that has been legally paid for by the owners without compensation.

* At our November 12, 2009 meeting at the Blue Ridge Bible Church at 769 Belle Shoals Road, we offered help to any one in the general public to protest their county taxes. We gave out forms and delivered information to assist in the success of your claim.
No comments: